It’s been a while since I posted, but I thought I’d come back with another project I just finished up. 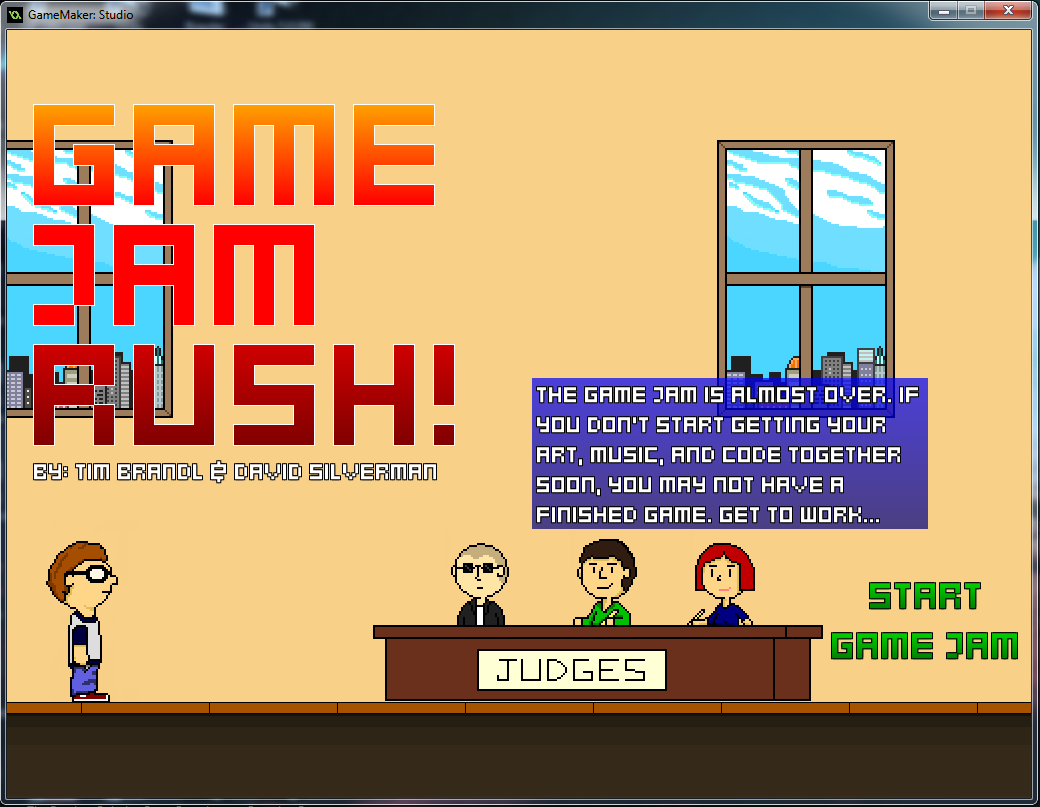 This project is called Game Jam Rush! and it was developed for the Composer Quest Game Jam. This was a ten day game jam, with the goal being to connect developers and composers. The game was co-designed  by  Tim Brandl  and myself. I completed all of the code and pixel art, and Tim completed all of the music and sound effects.

The theme of this Game Jam was “I barely survived this game jam”, which was already pretty on-the-nose. Tim and I decided to take it very literally, and make the game about someone who needed to quickly complete a game for a game jam, because they had slacked-off and not gotten much done in the beginning of the jam.

During this jam I was actually very busy with work, so we wanted a game concept that was relatively easy to execute and polish. With that in-mind, we created a side-scroller where the player was literally running from a clock trying to collect game assets and power-ups that would improve their final product. The game assets the player could collect included Art, Code, and Music, which each got graded by the game jam’s judges, based on how much you collected before the jam ended. 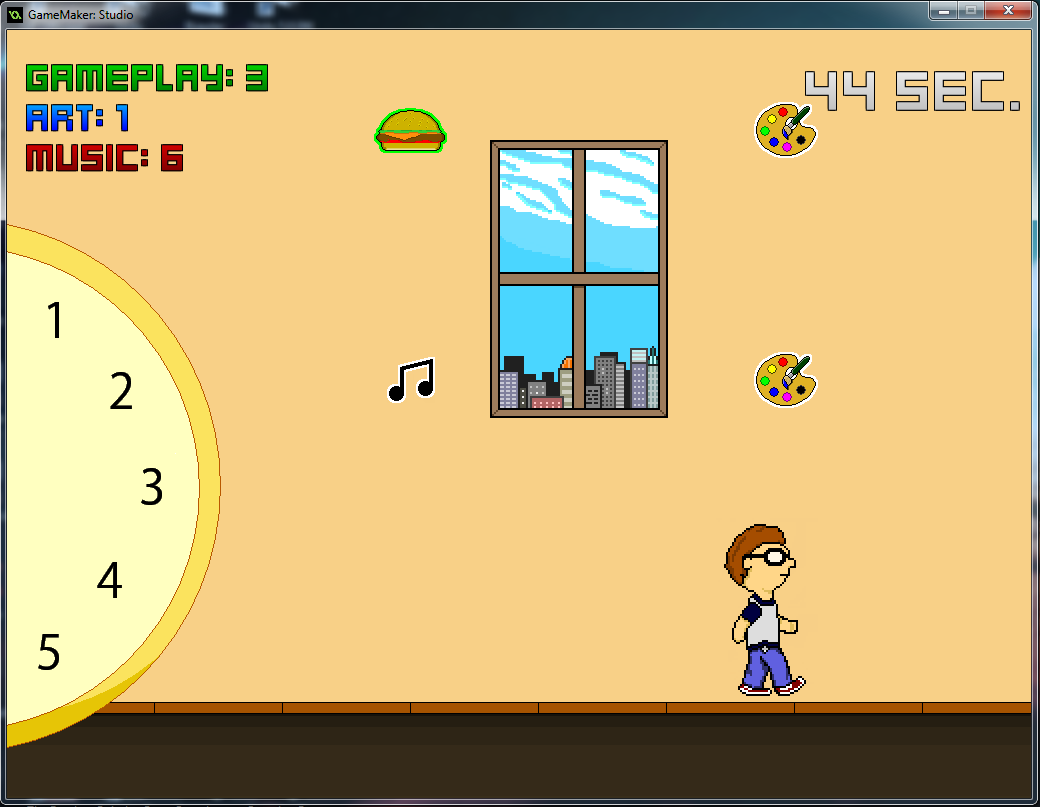 Aside from the game assets themselves, the game also included power-ups and debuffs that the player could collect. The power-ups we included were Coffee, Red Bull, Food and Extra team Members, which each did different things. These effects included speeding up your character, slowing down the clock, increasing your overall time, and so on. The debuffs we had were power-outages, which made the entire screen black and made it hard to see, pillows, which caused you to fall asleep and lose time, and computer failures, which temporarily stop completely

To develop the project, we had a very quick dev cycle where I would prototype, Tim would test, and then we would have a Skype meeting to discuss what should happen next, or how the current version could be improved. This worked out very well, and allowed us to usually keep our ideas within reason. It also helped that Tim and I got along very well, and were generally in-sync about what we thoguht was best for the project.

This was a pretty fun project to work on, and it really drove home how important scope can be to completing a project. When you’re working on such a tight deadline, it’s very easy to over-estimate, and assume you have the skills to accomplish more than you do.  On multiple occasions, Tim and I had ideas about how the game could work, or what we wanted to do, that would have really stretched our ability to complete the project in the time we had. By not letting the scope expand too far beyond our initial ideas, and choosing a simple game type, we were able to create something that thoroughly executed our vision.

If you’d like to play the game, you can check out the final version on itch.io.